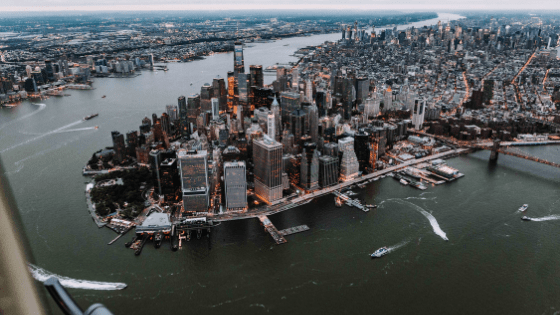 Affordable housing in New York City has been a long and hotly debated issue. As has been pointed out on several occasions, the rent is just too high. This became blindingly apparent when as Ken Griffin’s $238 million condos closed, making the condo the most expensive home sold in the United States, much less New York. The fact that Griffin may not use this newly purchased condo as his primary residence then set off a domino effect.

Griffin’s home would have been subject to taxation known as pied-à-Terre, had it been made part of the budget in 2014. Pied-à-Terre is a French term for a small apartment or condo located a specified distance away from a person’s main residence. In short, a second home. Before the newly proposed 2020 budget, the originally proposed addition of the Pied-à-Terre tax would levy a graduated annual 4 percent to secondary homes costing $5 million or more. Legislators and the office of the Governor stepped in to show their support for the proposed tax annual tax.

The pied-à-Terre tax, proposed to generate $665 million in revenue, was already receiving pushback from the Real Estate Board of New York (REBNY). Their reasoning was that the tax would lead to depression in local real estate, and values would then drop. It was also suggested in a blog post by the Citizen’s Budget Commission that it was “no substitute for actual real estate reform.”

Amid the affordable housing debate, Governor Cuomo’s office then turned to the “mansion tax“. Legislators were quick to join. The new “mansion tax” levies a graduated tax of up to4.15 percent on luxury homes costing $25 million or more. This will generate $365 million to be put into a “lockbox”, along with the congestion pricing surcharges.

The “mansion tax”, a more palatable alternative to Pied-à-Terre for both the real estate giants and the Governor‘s office, is now part of the 2020 budget proposal. The idea is to levy this tax against the most valuable properties in New York City to fix subways, something the Pied-à-Terre was originally proposed to do, and “benefit the everyday New Yorker“ as Hoylman said. Keeping an economy moving is the most important part. Perhaps with this levied tax, someone might finally address exactly why the rent is too high.

About The Author
Jack Nourafshan is a distinguished real estate development professional and entrepreneur in Los Angeles, California. He is the President of Reliable Properties, a real estate acquisition, development and management company in the Los Angeles area. Jack has over 30 years of professional experience that has made him known as a leader in the industry. Jack Nourafshan started a blog on entrepreneurship to share his insight and experiences for aspiring entrepreneurs.

Reliable Properties is a real estate acquisition, development and management company based in Los Angeles, California. It was created by Jack Nourafshan in 1975.